Rhinos in the Freezer

Rhinos are in a retreat. In their constant battle with mankind and changing climate, these prehistoric giants keep losing. From Europe they vanished thousands of years ago, with nothing but faint cave paintings remaining in their wake. In Asia a handful of them are roaming the last fragments of the rainforest. In Africa their survivors are forced behind electric fences, guarded by heavily armed rangers. On the black market the price of rhino horn is skyrocketing. The result is a massive wave of poaching, sweeping through the entire world. Europol issued a warning that organized crime gangs started to steal rhino horns from museums and private collections. Rhinos are wanted around the world. Dead or alive. Still, there is a place where they can find a safe shelter. And that place is in the freezer…

Not the most usual hiding place for a pachyderm, but it seems to be working. Frozen semen samples, ovaries, tissues and reproductive organs do very well in temperatures deep below zero degrees. Conserved within them, lies the precious genetic material – a key factor to the survival of rhinos. But to turn a frozen sample into a living-breathing animal is a great trick indeed. No wonder it has been performed only a few times by leading reproductive biologists. Artificial insemination seems to be working on captive rhinos. But how to transfer that knowledge to where it is needed the most – into the wild?

Follow a team of dedicated scientists as they venture deep into the jungles of Malaysia, fly over the grasslands of South Africa or crisscross the world’s zoos. Everywhere they stretch the limits of our knowledge, develop and test new tools and veterinary protocols. They apply cutting edge technology in order to collect, conserve and use the invaluable genetic material of the rhinoceros.

Rhinos in the Freezer is an award-winning scientific conservation documentary filmed and produced by Filmjungle Studio, Budapest. Inspired by the birth of world’s first AI rhino baby in the Budapest Zoo, Filmjungle team spent weeks on distant locations, in zoos and laboratories. The main characters of the documentary are Thomas Hildebrandt, Frank Göritz and Robert Hermes from IZW Berlin. This institute is where samples are stored and where new methods are being developed in order to successfully inseminate highly endangered species – among them, rhinos.

The storyline of the Rhinos in the Freezer has a significant European touch. In the 1950s Czech naturalist Josef Vagner led several expeditions to Africa. He returned with a collection of wild animals, including five Northern White Rhinos. Back then no one knew that this small group will serve as the safe deposit for the subspecies. In the following years, civil wars and poaching erased the subspecies from the wild. The Northern White Rhinos (Ceratotherium simum cottoni) became extinct in Africa. Back in Europe however, things seemed to improve for the rhinos. Captive rhino populations survived and year 2000 saw the birth of the famous Millennium Baby in the Dvur Kralove Zoo. In Germany, researchers of the Institute for Zoo and Wildlife Research started to develop new reproductive technologies for endangered species. Their efforts came to fruition in 2007 when a Southern White Rhino – the first rhino ever conceived by artificial insemination – was born in Budapest, Hungary.

From black and white archives through shaky expedition videos to ultra-HD laboratory scenes, Rhinos in the Freezer is built on a wide variety of footage. We see how Layla, world’s first AI baby rhino is born, how scientists – for the first time in the history of veterinary science – collect the semen from wild-raging rhino bulls, how conservation experts capture one of the last Sabah rhino on the island of Borneo and we follow the desperate attempts to save Northern White rhinos from extinction. 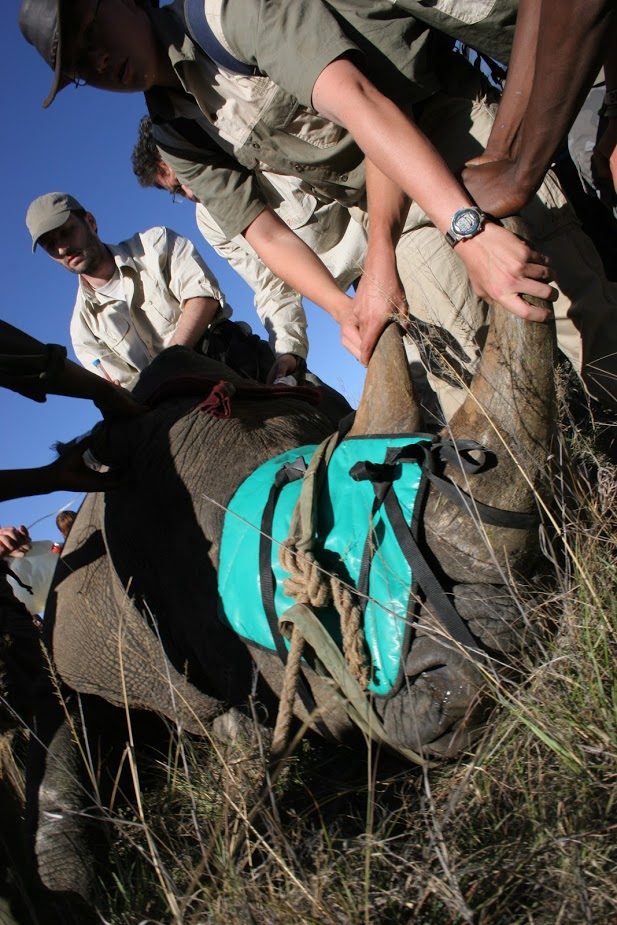