Biologists, Ecotourists and Local Communities for the Amazonian Rainforest

A beautiful journey to the land of cockatoos

Rhinos in the Freezer

Wildlife Messengers is an 501(c)(3) non-profit organization. We convey messages from SCIENTISTS and CONSERVATIONISTS tailored to diverse target audiences, in order to raise AWARENESS, educate, and trigger action.

We choose film projects based on their importance for conservation and whether a resultant film can actually contribute to decision making and protection. Many of our projects take place in countries with lower industrial bases and concern topics that are not considered ‘profitable’ by mainstream media.

When starting a project, we always conduct thorough scientific background research by reviewing the latest academic and environmental literature surrounding the topic, and by liaising with experts, local communities, decision makers, and other organizations. Our aim is to understand as many aspects of a project’s contexts as possible.

We look for projects most in need of urgent conservation actions. Our aim is to engage and educate viewers about facts and possible solutions surrounding these topics. Our films communicate the conservation facts interestingly.

We always seek the participation of local communities during the preparation, filming, and postproduction stages of a project. Collaborative capacity building is one of our goals because it is the local communities that are the most impacted by conservation issues and decisions and their acts affect nature conservation in a direct way.

To transmit the messages of local conservation issues, we use modern filming techniques to deliver great video quality, while we also advocate videos taken by local people. There are times when local footage obtained from a cell phone camera fits our goals better than arriving with a film crew. Our aim is to document, but to not disturb.

We target and tailor our messages to specific audiences, be it local communities, students, NGOs, or decision makers. We consider the motivation and knowledge of an audience, and the message we hope to convey. When appropriate, we make different versions of a film to reach different audiences.

A selection of wonderful species we had the privilege to work on recently. 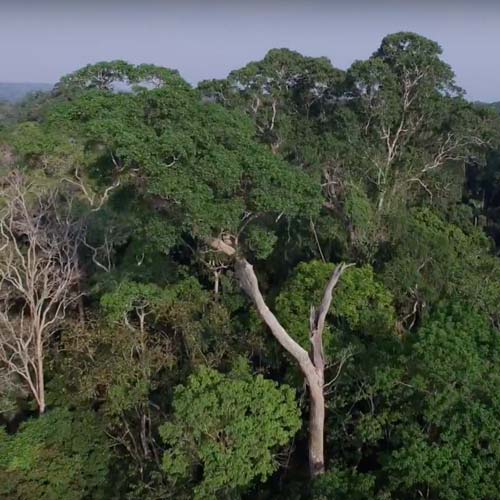 Wildlife Messengers is a 501(c)(3) nonprofit organization with the purpose of making scientific and educational films, photographs, and audio recordings to promote nature conservation, mainly in countries with lower industrial bases, and to distribute them to national and international audiences. The targeted audiences include government authorities, elementary and middle schools, local indigenous communities, and non-governmental organizations. We will evaluate and publish the impact of such conservation films. We also will establish an online archive of amateur, semi-professional, and professional nature conservation films, photographs, and audio recordings to make them available for the public.

Before the establishment of Wildlife Messengers, all three cofounders had experiences with connecting media and conservation. They realized that there is a bridge between the scientific work and active conservation activities. Knowledge from scientific research should be conveyed not only to other scientists but also to general audiences and to decision makers in an understandable way. The first common project by Cintia and George was The Macaw Project documentary. This film was translated into many languages (including Spanish, Portuguese, German, Polish, Hungarian), screened in many different countries, and gained much public attention. Through recognizing the power of scientific documentaries and photography, and the effect each has on the broader public, and grounded on their common interest in wildlife conservation using scientific tools and the power of media, Cintia, George, and Robert established the non-profit corporation Wildlife Messengers in 2017.

We are enthusiastic scientists, filmmakers, and photographers with a common goal to promote wildlife conservation.

George is a scientist and conservation geneticist, mainly working on parrots and other birds. He acquired his Master of Science degree in Zoology at the University of Veterinary Medicine in 2006 in Hungary. After his degree he participated in many field based research projects on parrots in Central and South America including Argentina, Mexico, Peru, and Bolivia. He worked for the Tambopata Macaw Project in the Peruvian Amazon for several years. He also worked in the eco-tourism industry in Peru as lodge manager for one of the largest Peruvian eco-tourist companies. When he realized that the human impacts on the habitat of parrot and macaw species were accelerating, he decided to undertake a PhD in conservation biology to enable a scientifically based evaluation of conservation management in the area. He completed his degree at The Australian National University in 2016, where subsequently he engaged in research as a Postdoctoral Fellow. Currently, he is working for the Natural History Unit of BBC Studios.

Cintia is a scientist, mainly focusing on great apes in Africa, and wildlife filmmaker. She completed her Masters of Science in Zoology in 2006 at the University of Veterinary Medicine in Hungary. She then worked in the Democratic Republic of Congo with bonobos, where she began her research on that species. Later she worked for a Hungarian wildlife filmmaking group, Filmjungle.eu Productions for 5 years, during which time decided that she wanted to make films for conservation purposes, especially in remote areas. After filming at different tropical regions, she realized that she wanted additional scientific background in order to combine three elements, filmmaking – research – conservation, and so in 2015, she gained a PhD degree in Primatology, at the Kyoto University in Japan, writing her fieldwork focused dissertation on the personality traits of wild-living bonobos. Since graduation she has worked in DR Congo as a conservationist, and she continues filming and exploring the possibilities of using films in different ways to promote nature conservation. 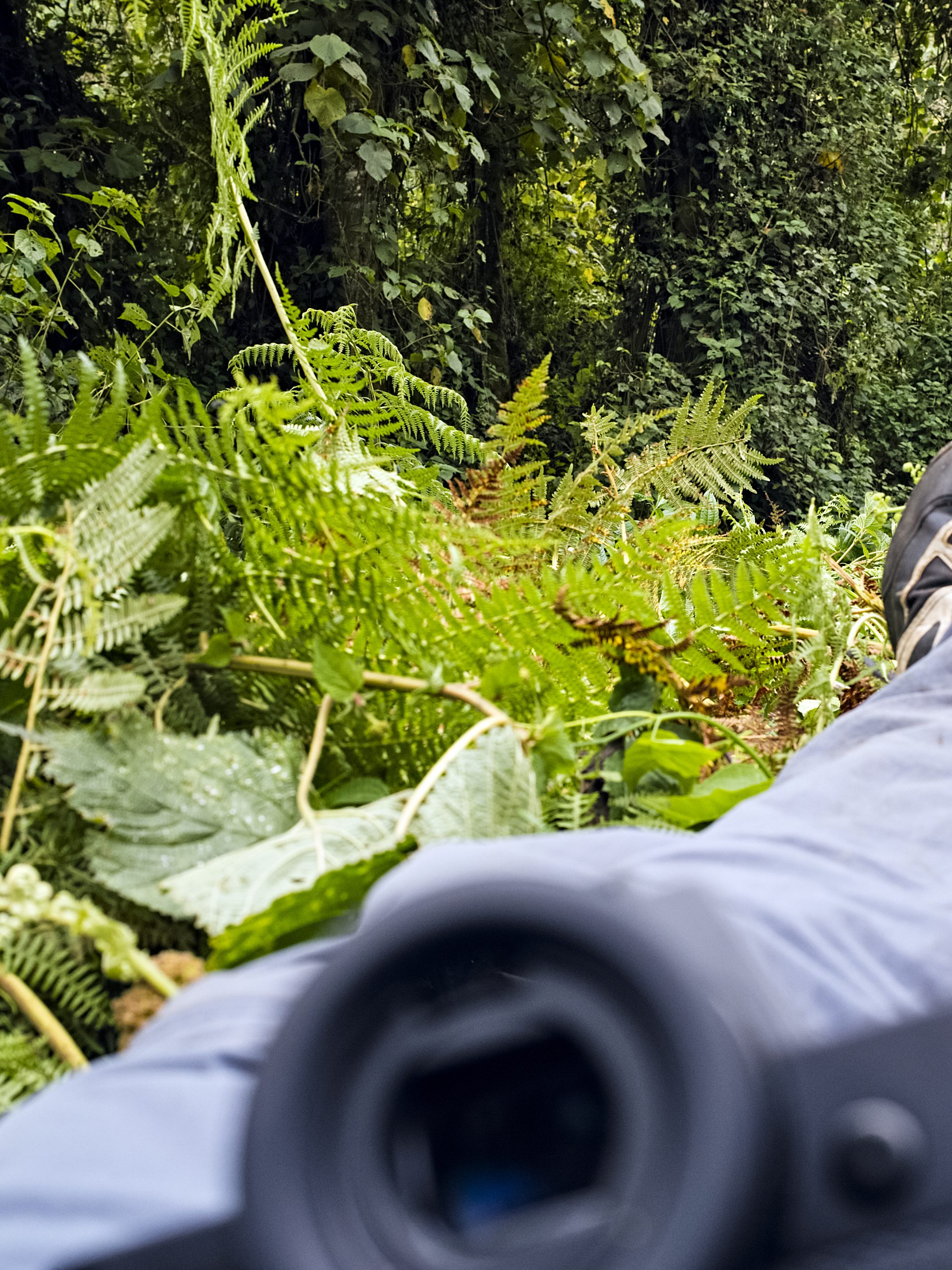 Robert is a photographer interested in ways people live, work, and express themselves. He holds a BA in English Literature and MA in Korean Linguistics from Sogang University, in Seoul, South Korea, with further doctoral studies in Korean Literature and Language Education, at Seoul National University. Previously he worked as an academic translator and Korean language educator. Robert held his first exhibition, PROPAGANDA, in 2013 in Johannesburg, South Africa. During 2016-18, he made photographs of breaking news and for features in the DR Congo for international media, and held two exhibitions in Kinshasa: WEWA! and Following the Artisanal Gold Production Network in the Eastern DR Congo, both collaborative photo-textual projects. At present he remains focused on the DRC and engages in country-wide photographic reportage. He sees his photography as a form of visual translation. He enjoys interaction with subject-matter experts, institutes, government organisations, and NGOs, to offer accurate and informative photoessays.

I was fortunate to be there when George and Cintia took off and started zig-zagging the world as scientific and conservation filmmakers. I owe it to Google that they picked me who to learn natural history filmmaking from - the competitors looked uglier, I suppose. And look how far they got, practically in the blink of an eye. They not only manage their own international documentary projects but they also funded a brand new and promising NGO, namely, the Wildlife Messengers. I am not a native English speaker as you probably already found out so I have no clue about how good the name is, but the motive, the consciousness, the knowledge and the experience is really there. And do not be fooled that these two love to laugh. Deep within, they are serious. Or not. But anyway. Give them a chance. They love what they do.

Chairman, Filmjungle.eu Society
I got to know George since he was getting his feet in the Amazon over a decade ago. He was part of a team of scientists studying macaws. A few years later, I met Cintia. They were both making the documentary on the Macaw Project from scratch. They did a great job communicating the conservation issues and solutions in the region and promoting our ecotourism company. All of this is super important because scientists are usually not too great at communications. So George and Cintia are great because they combine a set of skills rarely found in only two people. They genuinely love to be in the bush - in any conditions. The understand and produce science - they both have a PhD. George is super tech savvy and knows his online marketing. And of course, they tell great stories and capture fantastic visuals. And most importantly: they are very easy going and fun to be with. 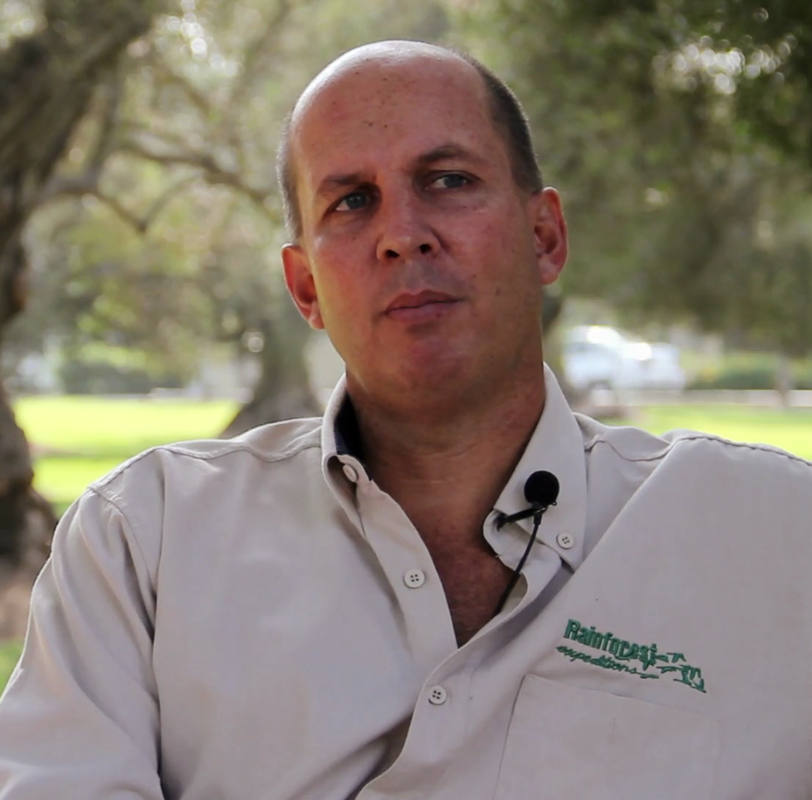 General Director, WWF Peru
We are so excited and honored to join forces with the Wildlife Messengers team to bring our story and work to the world! We have been working in Indonesia since 2001, but very few people know about our work conserving and protecting some of the most endangered cockatoos in the world. Their skill at “looking at the big picture with fresh eyes” and thorough understanding of science and biology makes me confident that this documentary is going to touch people’s hearts. And the drone footage? OMG. And the best part of working together in October – not only are they skilled documentarians, but incredibly cool people and new members of our family. Can't wait to see the film. As we say in Indonesia…. Mantap! 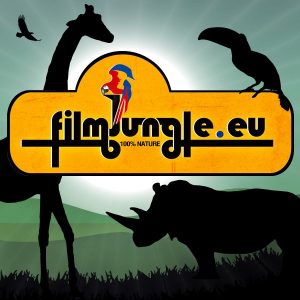